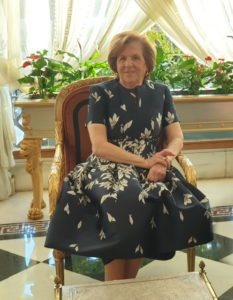 Mrs Catherine Sofianou is the President of SofMedica group of companies, a major healthcare technologies and services provider in Europe with head offices in Athens and Bucharest. She was born in Cairo as the youngest member of a Greek family. She moved to Greece in 1963 where she started her business together with her husband Pandelis.

In May 2005, the Renasterea Foundation awarded Catherine Sofianou the title of Member of Honor for her constant contribution in the fight against breast cancer. In March 2006, the Princess of Thailand awarded her with the title of Honoree of ‘’ the Leading Women Entrepreneurs of the World,” while in the same year H.E the Ambassador of Greece in Romania granted her the Community Award. In April 2015, Catherine Sofianou received from the Pope and Patriarch of Alexandria and all Africa, Theodore II the greatest honorary distinction this far, the Cross of Archontisa Ekklision for her contribution in the field of healthcare.

Mrs Sofianou’s support to several social non-profit organizations, as well as her contribution to the promotion of Greek culture and education worldwide is remarkable. In April 2021, Mrs Catherine Sofianou became a major supporter in promoting our school’s Greek Culture lessons, as well as contributing to our fundraising aims. It is a great honor for the community of St. Cyprian’s Greek Orthodox Primary Academy - pupils, parents and staff - to have such an important philanthropist and entrepreneur by their side and we thank her for her contributions. 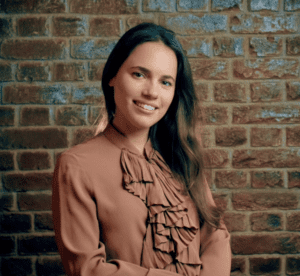 Our school campaigns are also proudly supported by the Greek community network in the UK  ‘’Greek List’’ and ‘’Greeks in London’’ Facebook group. Mr Avgoustinos Galiassos, founder and managing director , as well as, Ms. Maria Chatziaslani, co-founder and marketing director decided to support our school’s aims after they visited us in April 2021 and had the chance to meet our amazing children.

‘Greek List’ is widely considered the go-to place for all Greeks in the UK for their information and collaboration and more can be read on them at www.greeklist.co.uk 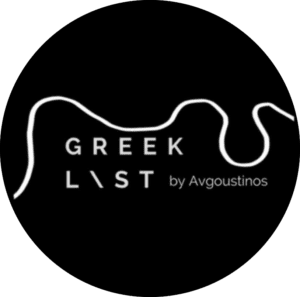 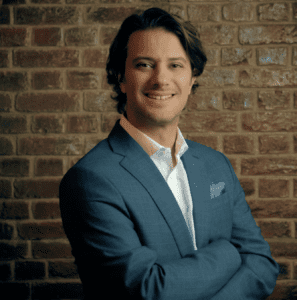 Avgoustinos Galiassos came to the UK in 2003 to pursue his Master’s Degree in Supply Chain Management at Warwick University. From the very beginning he committed himself to the Greek Community while at the same time holding positions of high responsibility with multinational companies such as Coca-Cola and Bloomberg. He founded the largest Greek Facebook Group in the world Ellines sto Londino/Greeks in London-with more than 47.000 members. He is also a founding member and DJ of the Hellenic Nights London team that has been organizing weekly Greek events and concerts in London since 2005.

Mr Galiassos has presented our school in his show ‘Greek Stories‘ on Hellenic TV in an interview with our Headteacher Christopher Vradis and is an integral part of our crowdfunding page. https://www.justgiving.com/crowdfunding/greeklist-group

This initiative was launched in April 2021 in collaboration with 'Greek List' and 'Greeks in London' in order to help improve our facilities and create a mini forest school at St Cyprian's Primary Academy.

Hellenic TV is the only Greek language television channel in operation, outside Greece and Cyprus. It was created in 1990 to serve London's growing Greek-speaking community and became the first non-English language TV channel in the UK.

The channel has since expanded rapidly and in 2006 became one of the first Greek TV channels on the Internet, extending its reach worldwide. The arrival of digital technology then enabled the group to launch multiple Greek channels.

The Hellenic TV platform now has 2.0 million viewers worldwide and a total of 50 Greek channels including London's HellenicTV1. It also has partnerships with RIK and SIGMA Cyprus, as well as with Greek National TV broadcaster ERT.

St Cyprian's Primary Academy is delighted to welcome the generous support of Hellenic TV. We would like to thank Hellenic TV director Mr Chris Fellas and manager, Mr Giorgos Lingos, and all their journalists and producers for the continuous support and for covering our school assemblies and all our school initiatives.